Founded in 1943, STAR has grown to become one of Indiana’s largest privately held community banks. Even as they’ve grown and expanded their footprint throughout the state, they’ve stayed true to the mission and values they were founded on – which is increasingly rare and refreshing in a rapidly changing industry.

We are honored to serve STAR as its agency of record and were thrilled to begin developing a comprehensive, multi-channel marketing campaign earlier this year. While telling the unique STAR story and underscoring its local roots and personalized customer experience, the campaign also acknowledges that today’s consumers are changing. So while the campaign has its foundation in traditional avenues like television, and outdoor, it also employs an innovative range of digital touchpoints as well, including via social media and other strategically targeted platforms.

While the touchpoints differ, the message is consistent: Thanks to its history and its values, STAR is uniquely positioned to treat its customers like family. Indeed, the campaign is building brand awareness and showing communities they can “Come home to STAR” and that #STARBankcares – using these slogans and hashtags throughout ads and social media posts and promos. 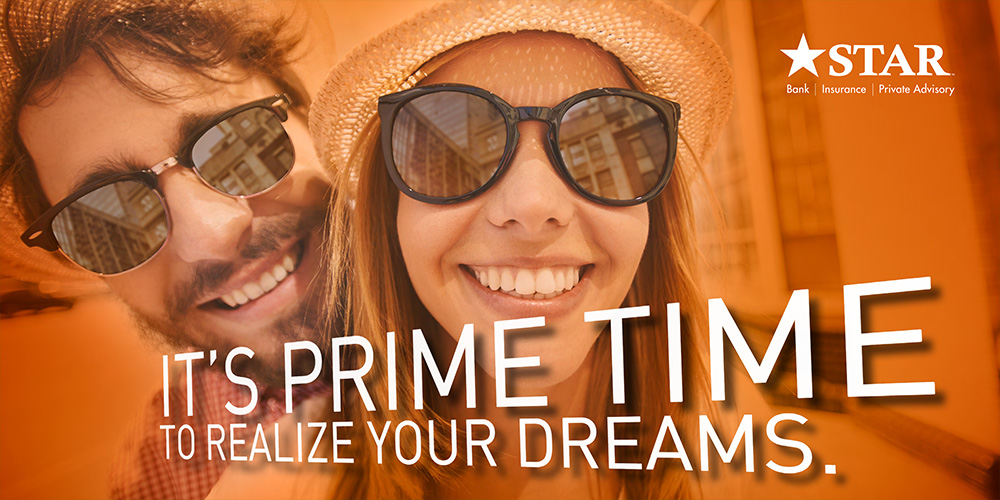